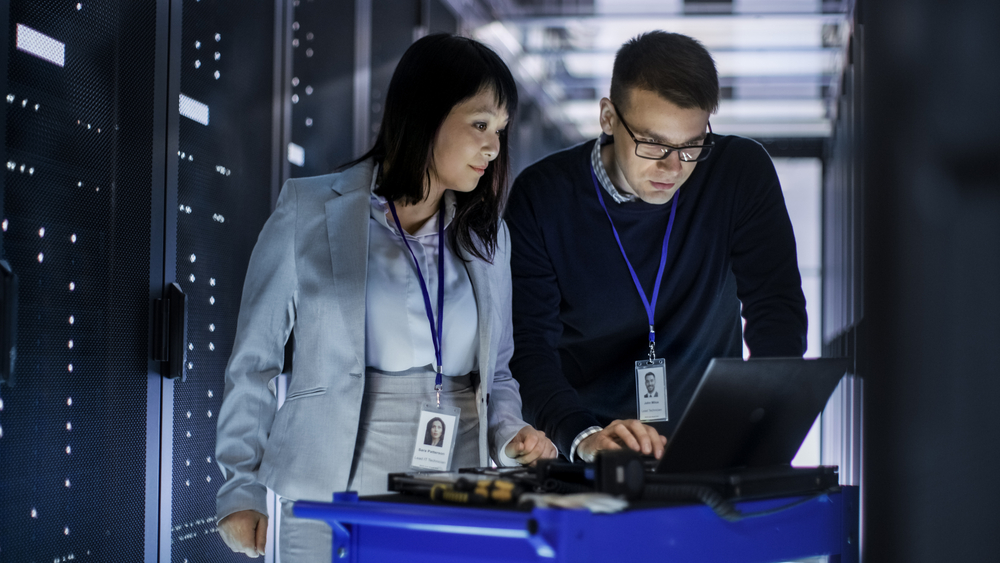 Technology is often filled with buzzwords that create hype for technology companies and confusion for everyone else. The meaning of terms like ‘the cloud,’ ‘Internet of Things,’ and ‘virtualization‘ isn’t immediately apparent in a contextual way. However, beyond these $10 words is an enormous amount of power and potential to change the way businesses and consumers interact with technology at a core level.

Virtualization describes the process of running a virtual instance of a computer system in a separate layer from the hardware it’s viewed on. Under ordinary circumstances, this means running more than one operating system on a single computer simultaneously.

Virtualization for the Average Person

Apple recently released the powerful M1 series of chips to power their newest desktops and laptops. Since this is Apple’s silicon, there was initially a scramble to keep Mac users’ applications functioning due to Mac’s previously using Intel-based CPUs; the new system architecture is ARM-based, more similar to an iPhone or iPad rather than a traditional computer. One popular function only available to Intel-based Macs is Bootcamp, a macOS feature that allows users to install a copy of Windows for dual-boot purposes.

What does any of that have to do with virtualization? Well, now that Bootcamp is gone, the popular Parallels virtualization software has taken the spotlight as one of the best ways to run another operating system on a Mac including Windows, Ubuntu, and Red Hat.

The Benefits of Data Center Virtualization

But when it comes to a data center, we’re no longer talking about small-scale efficiency. Virtualization in a data center becomes more fruitful, especially in IT management and overall costs.

The need for server virtualization came about because of an old principle that servers would only be used for one application. The more applications we used, the more servers we’d bring on. But for every server that was being deployed, most were heavily underutilized. To simplify things, the process of virtualization allows us to take a standard server and have it act as the four or five underutilized servers of old by instantly deploying virtual instances of — well, anything. In this low-level example, five servers running at 20% utilization could become one server running at 100% utilization. The four remaining servers could then be used for something else.

Another massive benefit of server virtualization is the ability to instantly reduce or increase server resources to any virtual machine within the server without touching physical hardware. This helps to reduce IT labor costs and eliminate excess downtime.

In server virtualization, the primary system is called a host, and each server deployment within the host is called a guest. If a server does require a physical hardware change, the entire host and all of its guests can be deployed to another server and seamlessly connected. This allows the original host to be physically modified without any end-user interruption.

Resources like storage and memory can freely be assigned to each guest as needed.

That’s the beauty of server virtualization with resource allocation. But when it comes to adding or removing guests from the hosts, this is when virtualization really shines. Need a new server environment to test an upcoming app? Deployed. Taking that a step further, server instances can be saved and deployed without reinstalling multiple pieces of software.

While server virtualization can provide its own immense benefits, other portions of a data center can increase their efficiency, too.

Storage virtualization combines groups of physical storage to be accessible as though they were a part of one individual system, commonly called a Storage Area Network (SAN).

Applications virtualization allows users to use an application so long as they have access to the server. This eliminates the need to install anything on the user’s device.

Network virtualization takes physical networks and combines them into a single virtual network through software. A virtual local area network, or VLAN, functions as a LAN even when the computers aren’t actually near each other. This also grants access to each system’s networking hardware like switches and routers that can be allocated anywhere they’re needed.

Take everything you’ve just read and apply that concept to the cloud. Cloud virtualization allows users to pick and choose which services and resources they need and scale up or down as they see fit. If users need more storage for application testing but only temporarily, they can scale up their current allotment then scale down upon project completion.

Infrastructure as a Service

It feels like we’re entering Inception levels of deepness here. IaaS allows users to have their entire IT infrastructure — complete with cloud-based servers, network resources, and endless storage options — all in the cloud. This is a pretty high-level of sophisticated hardware that you would never need to interact with physically. All done for you, all thanks to the power of virtualization.

The Power of Virtualization

All told, there are few ways to boost the efficiency of a data center like virtualization. The security advantages of guest insulation to the saving of physical space are just a couple of the bigger benefits. And while virtualization can save a lot of money, it’s also good for the environment, too.

Does Hardware Play a Role in Network & Cybersecurity?
Tackling Artificial Intelligence and Security
IT Project Outsourcing vs. Staff Augmentation: Pros & Cons
What Are The Top Business Intelligence (BI) Tools? A Comprehensive Guide To Intelligent Software
The Priority of Hardware Firewalls for Small Business