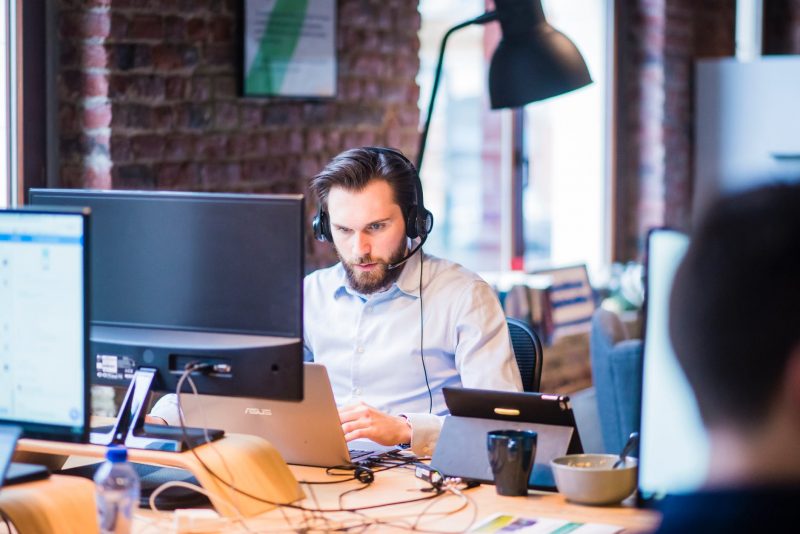 SaaS, or software as a service, has been a part of the enterprise landscape for decades – but thanks to the rise of cloud computing, SaaS has become a driving force in the way we do business.

SaaS: The On-Demand Transformation Of Software

Getting started with SaaS is key to maintaining your competitive advantage. In this brief overview, we introduce the concept of SaaS and discover how it relates to the parallel world of cloud computing.

Software as a service (SaaS) is a software delivery and licensing mode. Also called “on-demand software”, SaaS applications generally refer to any software that is centrally hosted by a third-party company and distributed online for the average consumer to access.

Unlike traditional software that requires a one-time upfront payment, SaaS providers will charge their users a subscription fee (usually monthly or annually) to continue availing of their services. This fee will cover all maintenance and update costs that the provider will incur to allow the service to run indefinitely as long as they have enough regular users.

Most SaaS services run on a client (such as a browser) that allows you to access the software remotely via a connection to the software provider’s server-based computing environment. As such, most of the work needed to run the SaaS application is done by the server instead of requiring local processing power. This means SaaS providers will shoulder the burdens of maintaining the software’s availability, security, and performance.

How Does SaaS Relate To Cloud Computing?

Cloud computing is a model where computational and data storage resources are available on-demand to end-users. These resources, consisting of a large collection of server units and data centers, are allocated dynamically according to the workload needs of each user. They are accessed over a network such as the Internet, often through a web browser frontend rather than native software.

In the most prevalent model of cloud computing, resources are hosted by a cloud provider, who servers multiple enterprise clients at the same time. These clients profit from three principal benefits by switching to the cloud – software updates, security, and scalability, all of which are handled by the cloud provider rather than the user’s IT team.

It’s in this model that SaaS shines brightest. Virtually all applications running on cloud providers are SaaS systems, which are hosted, maintained, and updated by these providers.

A lot of the modern software we use today utilize the SaaS model. The consumer convenience afforded to most users has made SaaS applications more popular than ever. Here are just a few examples of popular SaaS applications that are dominating the business world.

Slack is a popular productivity software that aims to bring coworkers together and redefine business communications. It is described as a “collaboration hub” that serves as a real-time messaging and archiving tool that should allow you to work with others as efficiently as you would be able to face-to-face.

Slack users can organize their teams into project-specific channels that allow for open communication and file sharing among its members. Private invite-only channels and secure one-on-one messaging can also be utilized for more sensitive interactions. All correspondence accomplished through Slack will be indexed and archived for users to easily access in the future.

Dropbox is primarily a file hosting service that allows its users to store and access files from anywhere. This allows you to organize and share important documents and media with your colleagues from anywhere in the world, provided everyone has an internet connection.

When installed on a computer, Dropbox gives you a folder that you can put files into. This folder will be synced with Dropbox’s servers and other devices with Dropbox installed which keeps all folders up to date. Users can sync Dropbox with other business-focused programs to allow you and your team to function efficiently even when working remotely.

Perhaps the most popular of the bunch, Google Apps is a suite of productivity apps that have taken the business and computing world by storm. Its goal was to streamline commonly used software and to offer them under one banner.

Common Google Apps include Drive (a cloud-based file storage and synchronization service), Docs (a word processor), Sheets (a spreadsheet creator), Slides (a presentation program), Forms (a survey application), Calendar (an online calendar), and Hangouts (a text, voice, and video communication program) to name a few. Each of these programs can be accessed by a singular Google account and can be synced across multiple users and devices.

Head In The Cloud

Switching to a SaaS model isn’t a move that you want to take lightly. To ensure that your migration to SaaS applications goes smoothly, you’ll want to work with the experts. At Network Coverage, we can help you transition to cloud computing and SaaS systems, consulting with you every step of the way to ensure that your needs are met at every stage. Contact us now for a free consultation!

What is a Virtual Private Network – (VPN)?
What Does an Effective IT Strategy Begin With?
How do you Access Sage Remotely?
Pros and cons of using SaaS applications
What is Business Intelligence?