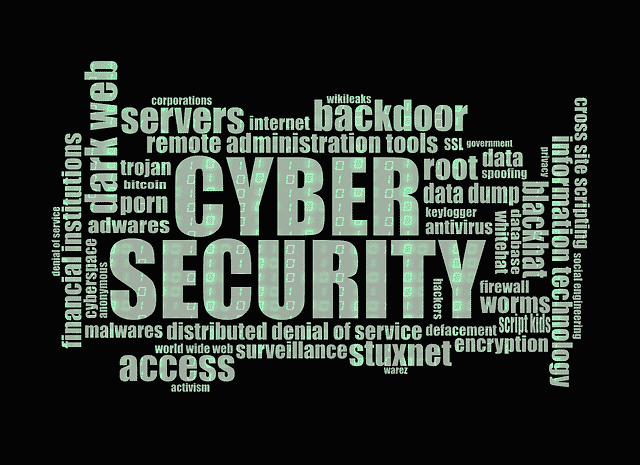 Why is it Important to Update Security Patches?

You most likely have come across the term ‘security patch’ in your computer or other electronic devices that get software updates pushed to them as they become available.

At first glance, that word may not sound like a big deal, and often users will click the button to do the update later. However, telling the device or software to update later is all it takes for a hacker to gain access to that device as well as the network it is on.

Business devices and business software are the most vulnerable to this due to the extensive network that they are all interconnected on.

What is a Security Patch? The catch here to take note of is that the patch cannot resolve the vulnerabilities if the user or network administrator does not immediately install the update that the security patch is contained within.

Operating systems and software are very complicated things, much like no human is perfect, no operating system or software is perfect either. Any given software typically has many patches released over a period, so if you have the initial software but choose not to update it, then you are leaving a hole for every patch that does get released for that given software.

Security patches are just exclusive to a third party or user-installed software either, many operating system updates contain security patches within them as well. Neglecting to install the security patch update(s) provides hackers with the perfect opportunity to take advantage of those circumstances.

This is generally how they get into your computer and subsequently the network of the entire company if applicable.

Because web browsers have the capability to access certain information from your device and can download files to your device, this can be a good avenue for hackers to take. Using software that they have developed on their own or that others, who are more experienced, have written to scan for commonly known vulnerabilities in browsers can then be used with high internet speeds to scan through systems to find vulnerabilities.

Once the IP addresses of these systems are recorded, the information can be sold to others to use or carry out attacks themselves on the identified system for the specific vulnerability it turned up under. After scanning for vulnerabilities, they will scan again, and again. This software can be altered to check for vulnerabilities in any specified software, not just web browsers.

Every time they scan through IP addresses there is an opportunity for them to catch a vulnerability that might not have been present for that same system during the last scan. Because of the ironclad persistence of these hackers, installing these security patch updates occasionally is not enough to stay protected. It is safe to assume that if there is a vulnerability, they will find it and they will use it.

Hackers will also exploit devices that do not have known patch updates installed to establish a main entry position or what is called a toehold.

Instead of attacking in utilizing the information on the main entry device, a hacker will simply use it to gain access to a larger group of systems. Usually, the more experienced carry this method out because they are targeting a large company or business network and the systems in it, rather than only an individual system. In other words, this is the way to gain access to the information of an entire business or company quickly instead of just several individual’s data.

They can gain access to the company’s financial accounts by using the entire network rather than a single individual’s financial accounts. Hackers typically will not post or trade the IP addresses of systems connected to a large network because too much attention can cause the vulnerability to turn up to the wrong person. The wrong person meaning the person notifies the developer, so they can patch it up, or essentially close the door to that system and in most cases the entire network.

Once malware gets into a system, most do not just get what they want and get out. It makes sense if they can steal information for long periods of time going undetected, then why not? Neglecting to install security patch updates for any software on your system that you run frequently can result in a long-term infection. If the vulnerability is there, and the hacker gets in, the malware they use as a gateway is there; and it is there until action is taken to remove it.

If the hackers that initially got into your system cannot use anything initially, they certainly will try to use anything that is there in the future. That is where the long-term part came about, but what about the infection part?

It is a long-term infection because it can grow exponentially. Like other communities that share a common interest, hackers share the IP addresses of known infected systems with each other. This allows anyone who knows your IP address to exploit your information because they know that your system is already compromised. They can scan through your information as frequently as they want and for as long as they want if you allow them the opportunity.

This all boils down to one person within your company network clicking that update later button out of habit or out of convenience. It only takes one system to compromise the entire network. If your business network is hacked, then there are only two possibilities for how it happened. Either one of the systems had a vulnerability to take advantage of or the employee who is operating the system has a vulnerability to take advantage of. Not every system breach is due to a patch update that was not installed; some are the result of a zero-day attack. The zero-day attack is the initial attack that is taken out before the developer knows about the vulnerability used to attack. Hence, they have zero days to implement a patch update to give users the opportunity to fix the hole before more attacks happen. Not every patch update comes from an attack carried out by a ‘bad’ hacker either.

Often security audits will be performed and developers will use their own experts to find vulnerabilities and use that information for developing a patch update. While this sounds like a great idea, unfortunately, most patches are engineered due to vulnerabilities found by malicious hackers.

One of the biggest vulnerabilities in the computer system itself is ignored by security patch updates. Because the numerous different kinds of software that are used on your business device are complex and difficult to keep track of, there are tools that can be implemented to assist with security patch updates. One that is utilized widely allows a network administrator to force the install of the security patch updates to all systems in the network automatically, as soon as they are released. Some antivirus and malware developers have engineered an extension to their traditional services to keep track of and to automatically install security patch updates. The latter may not be best for a business because without the tool being used through a network administrator, the user or employee has the option to delay the installation of the updates on their individual machines if they choose to do so.

Contact us for more information on how we can help with all of your security needs.

A Guide to Identifying & Reducing Network Congestion
How to Integrate Sage with Microsoft Programs
Why is it Important to Update Security Patches?
What is a Cybersecurity Audit & Why is it Important
Implementations Of Virtualization In Cloud Computing